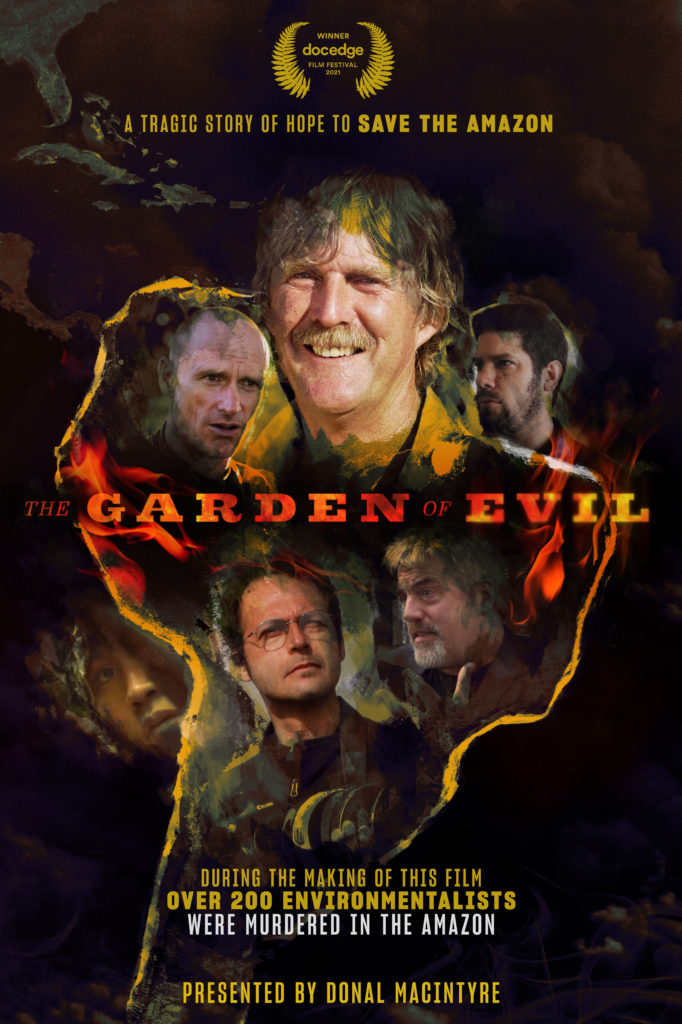 Both men were brutally attacked in the Brazilian Amazon. Sir Peter  was murdered and Pete Bethune narrowly escaped with his life while on separate expeditions 16 years apart.
The film sets out to shed new light on why and who was behind these, and many other violent attacks on conservationists. Bethune and three investigative journalists unravel the connections between organised crime, piracy and street gangs in one of the most dangerous ports on the Amazon.

The film highlights the greed and ruthless protectionism in the Amazon, in contrast to the survival of the poorest, driving ever-increasing crime and violence in expanding towns and cities. We also see the plight of the endangered indigenous people in the rainforests.

Irish journalist & professor of criminology Donal MacIntyre leads the investigative team for eight weeks filming in the Amazon. Together with Caio Vilela, foreign correspondent Sam Cowie meet up with victim Pete Bethune, who faces his own demons at a crime scene he vowed never to return to.